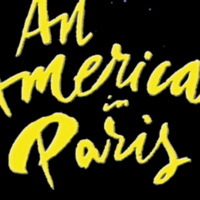 An American in Paris

An American in Paris is the Tony Award®-winning musical about an American soldier, a mysterious French girl and an indomitable European city, each yearning for a new  beginning in the aftermath of war. Inspired by the Academy Award-winning 1951 film, An American in Paris features music and lyrics by George and Ira Gershwin and a book by Tony nominee and Pulitzer Prize finalist Craig Lucas.

Liquid error: no implicit conversion of Date into String
This event content is powered by the Localist Community Event Platform.