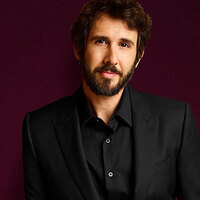 An Intimate Evening With Josh Groban

In honor of the University's 60th Anniversary, the Ferguson Center presents an intimate evening concert with singer, songwriter and actor Josh Groban.

Grammy, Tony, and Emmy Award-nominated singer, songwriter and actor Josh Groban has entertained fans across the globe with his multi-platinum albums (over 35 million sold worldwide) and electrifying live performances. He has appeared in multiple films and TV shows, and starred on Broadway in Natasha, Pierre & The Great Comet of 1812, which Time Out New York called, “one of the best musicals of the decade.” Over the past year Josh released his latest album Harmony, a collection of timeless songs, and has performed a series of intimate concerts streamed to audiences all over the world.

Groban maintains his position as the consummate American showman in 2021 and beyond. He remains an active arts education philanthropist and advocate, and his Find Your Light Foundation helps enrich the lives of young people through arts, education and cultural awareness.

Patrons are required to wear face coverings while inside the Ferguson Center, regardless of vaccination status. This is a temporary policy that follows CDC guidance and an increase in local cases.