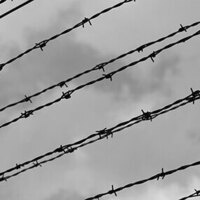 A discussion of the film Klasse on the Nazi’s transport in 1938 of children from an elementary school in Hamburg, Germany, featuring Dr. Hannah Schwadron of Florida State University, whose grandmother was in that transport. The film features a dance created by Schwadron based on letters between her grandmother and a classmate.