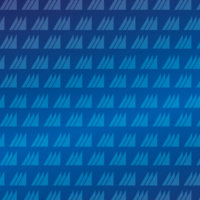 The Past Is Never Dead: Compounding Social, Environmental, and Health Impacts of a Century Racial Segregation -

The lines of racial segregation in most metropolitan areas in the United States are as stark today as at any point since Reconstruction. This is not an accident, and it didn’t happen overnight. The origins of racial segregation are deep, and go far beyond the oft-cited quip that “birds of a feather flock together.” Rather, a combination of overtly racist federal housing policies and both individual and institutional racism throughout much of the 20th century lies at its heart. Today, the promise of the 1968 Fair Housing Act remains unfulfilled as the ongoing impacts of persistent racial segregation perpetuate racialized economic, educational, environmental, and health inequalities. In this lecture, Dr. Johnny Finn will demonstrate how spatial thinking and GIS analysis enable us to analyze qualitative, quantitative, and historical data to make visible the direct connections between segregationist housing policies in our nation’s recent past and contemporary geographies of racial inequality in our present and to make evidence-based conclusions that can lead to more socially and racially just futures.

This event content is powered by Localist Event Calendar Software.