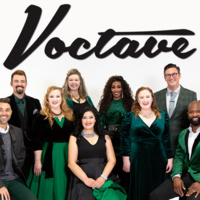 Voctave: The Corner of Broadway and Main Street - Performance

Calling all Disney and Broadway fans! A cappella superstars, Voctave, will transform the Ferguson Center into The Corner of Broadway and Main Street in an “aca-awesome” treat for all ages. Featuring swoon-worthy arrangements from some of your favorites from Broadway musicals to Disney films! Since forming in 2015, this Florida-based ensemble has rocketed to social media fame, amassing 100 million online views on YouTube in only two years. With more than 200,000 regular monthly listeners on Spotify alone, Voctave has cultivated an enormous following of loyal devotees, eager for the next harmonizing hit. The group’s 11 members are gifted with a wealth of diverse musical experiences from musical theater, contemporary Christian music, barbershop, pop and choral music. They are known for a lush, cinematic and layered sound. Boasting an impressive five-octave range and eight chart-topping albums, Voctave is “a jaw-dropping treat for the ears” (DigiHerald).